I have never liked the idea of Mumbai. A crowded, crammed city with too many human bodies is not my idea of happiness. The quest for fame and stinking wealth at the cost of my soul seems like a terrible bargain. And I hate the idea of paying a fortune for a roof over my head. Mumbai is not the place for me, I thought.

To be honest, Delhi has spoiled me in many ways. I am accustomed to spacious streets hemmed by lush greenery and an air conditioned metro that runs with clockwork precision. When work took me to Mumbai, I wasn’t expecting much.

After a tiring day of work, I went to Carter Road for shawarmas. Succulent pieces of meat and plenty of cheese wrapped up in bread. Who can resist such a thing?

They have a beautiful promenade and a buzzing market next to it. Mumbai’s young and restless flock to that market like moth to flame. After another round of shawarma, one satisfied my hunger but not my desire, I left for Bandstand.

It was an odd choice. The market and promenade had everything I could hope for, but I wanted to be close to the waves, to hear them, to feel them. There is no arguing with a stubborn writer.

It was beautiful to just sit there, next to the ocean and watch airplanes disappear behind the clouds, almost like magic. Can anyone tire of such a sight? The wind and waves had a hypnotic effect on me. Words and feelings, that I didn’t know existed revealed themselves on paper. One of the charms of an ocean is that you can sit next to it, and it offers you solace.

Love on the rocks

Couples sat in dark corners, near rocks. They are embarrassed of love in Mumbai. I wondered if there was a better approach. What if they light up the space and celebrated love? What’s there to hide?

I don’t know if I would kiss my girlfriend in a place like this. It’s too open, too public. But then again, I am in live with words. I sat there and poured my heart out on a piece of paper. Is that any less intimate?

I came across a beautiful girl carrying flowers. Our eyes met for a moment and there was something unsaid between us. I so wished she had bought those flowers for me. Alas, it wasn’t to be. 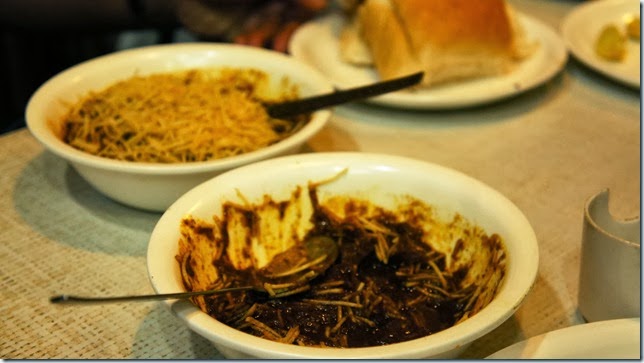 I had heard so much about Parsi food in Mumbai that I just had to try it. I went to an old, rundown café, Ashmit’s snack shack. It was a hole in a wall kind of operation with bland plastic chairs and bamboo shoots for a wall. The café had refused to change in an ever changing world. I liked its stubbornness and promise of authenticity. These qualities are so rare in our world.

Two lovely Parsi ladies sat next to me and eyed me and my ntoebook with suspicion. I wonder what they thought of a Punjabi writer boy, giving up chole bature, for Parsi bhonu food.

Hours just passed by. It was time to leave, but I wasn’t finished. Soon, I was going to board a plane, up in the sky, high above the ocean. my love stories never do last.

I have been married to Delhi for years now. It is too early for a divorce, but I would certainly like an affair with Mumbai.